How to befriend a crow

The crows play hide-and-seek with Nicole Steinke after her older kids head to school. She feeds a family of the birds from her apartment balcony in Alexandria, Virginia, twice daily. Once there’s no food left, they’ll look for her as she walks around her neighborhood. When one crow finds her, it will call to the others, and they’ll surround her.

The crows have become minor TikTok celebrities thanks to CrowTok, a small but extremely active niche on the social video app that has exploded in popularity over the past two years. CrowTok isn’t just about birds, though. It also often explores the relationships that corvids—a family of birds including crows, magpies, and ravens—develop with human beings.

They’re not the only intelligent birds around, but in general, corvids are smart in a way that resonates deeply with humans. But how easy is it to befriend them? And what can it teach us about attention, and patience, in a world that often seems to have little of either? Read the full story.

It was in 2009 when the power of Twitter really became evident. As some Iranians tweeted through the country’s elections during a media blackout, the site began to emerge as a critical tool of global activists. It formed the blueprint for how later movements relied on Twitter to disseminate information and gain supporters.

Now, if the platform’s new official “Chief Twit” Elon Musk sticks to his stated plans to overhaul a series of platform policies, these very users—arguably the users who made Twitter what it is—could face the most risk. He’s signaled that he wants to push the platform to follow the local laws of governments (including authoritarian ones), reduce efforts to fight disinformation, and dilute the platform’s anonymity protections, which protect activists around the world. Read the full story.

By Jillian C. York, Director of International Freedom of Expression at the Electronic Frontier Foundation.

I made it big on Twitter. Now I don’t think I can stay.

For a long time, it was worth it for writer Mikki Kendall to stay on Twitter because Twitter had the power to change your life. She broke big on Twitter more than 10 years ago with a hashtag, #solidarityisforwhitewomen. It was great for her career, giving her access to a global audience and unprecedented access to the editors who made her a published author.

But even before Elon Musk bought the platform, she’s found herself tweeting less and less. Whereas she used to socialize regularly on the platform, TikTok, Instagram and private groups are becoming increasingly more attractive ways to spend time online. And while harassment and a lack of time are partly to blame, for those who used Twitter to build a career, to sustain their careers, or simply to connect, the real question is: Where do we go from here? Read the full story.

1 Big Tech is becoming boring
As stocks drop, so does Wall Street’s appetite for zanier, riskier ventures. (Vox)
+ The tech boom the pandemic triggered is well and truly over. (Bloomberg $)
+ The tech stock decline is bad news for US pensions. (The Guardian)
+ Advertisers are spending less money on social media, too. (FT $)
+ Tech’s richest have lost close to half a trillion dollars this year. (WSJ $)

2 Several new covid variants vying for dominance
Their ability to skirt our existing immunity is a real problem. (The Atlantic $)
+ Variants tend to spread across Europe before the US. (Slate $)
+ Vaccines that prolong the immune response could give better protection. (New Scientist $)
+ Is a covid and flu “twindemic” on the horizon? (MIT Technology Review)

3 Twitter is planning to start charging for verification
Elon Musk reckons people will cough up $20 a month for the privilege. (The Verge)
+ Musk is reportedly planning to lay off 25% of Twitter’s staff. (WP $)

4 Stop the Steal’s organizer is whipping up dissent in Brazil
Ali Alexander is mobilizing Brazilians after Lula beat Bolsonaro to the presidency. (Insider $)
+ Social media chatter in El Salvador is leading to mass arrests. (Rest of World)
+ How claims of voter fraud in 2020 were supercharged by bad science. (MIT Technology Review)

6 How cryptography can help sexual assault survivors to get justice
Systems that share data securely are being used to build cases against repeat offenders. (The Guardian)

7 We’re still in the dark over how TikTok affects our mental health
But it seems important to find out. (The Guardian)
+ For many teens, the app is a gateway to self-diagnosis. (NYT $)
+ Dementia content gets billions of views on TikTok. Whose story does it tell? (MIT Technology Review)

8 Eric Schmidt is worried by China’s rapid AI advances
He wants the US government to spend a lot more money on AI research in response. (Protocol)
+ Do AI systems need to come with safety warnings? (MIT Technology Review)

9 This artist has been creating memes since the 1970s
But Jenny Holzer isn’t done sharing her artistic visions yet. (WSJ $)

10 Why a little bit of fear is good for us

+ Denmark’s Recreational Fear Lab is digging into the science of it. (Slate $)
+ Silicon Valley’s elite are rich pickings for trick-or-treaters. (Economist $)

“The market has changed. Everything has changed completely.”—Vieje Piauwasdy, a director at equity planning provider Secfi, explains the challenges facing startups as funding withers in the harsh economic climate to the New York Times.

Alina Chan tweeted life into the idea that the virus came from a lab. 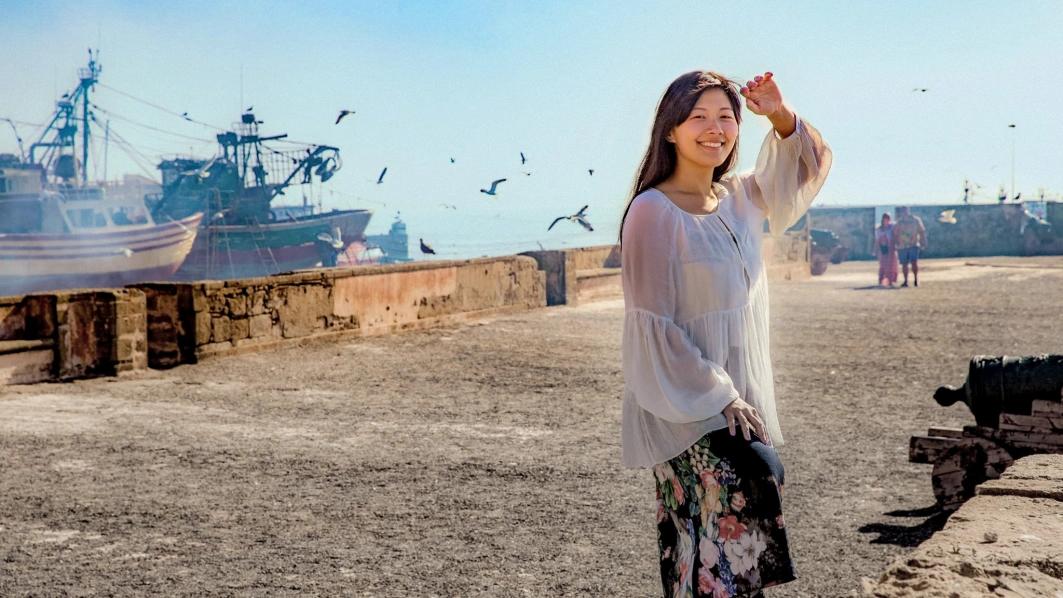 Alina Chan started asking questions in March 2020. She was chatting with friends on Facebook about the virus then spreading out of China. She thought it was strange that people were saying it had come out of a food market. If that was so, why hadn’t anyone found any infected animals? She wondered why no one was admitting another possibility, which to her seemed very obvious: the outbreak might have been due to a lab accident.

Chan is a postdoc in a gene therapy lab at the Broad Institute, a prestigious research institute in Cambridge, Massachusetts, that’s affiliated with both Harvard and MIT. Throughout 2020, Chan relentlessly stoked scientific argument and doubts, and wasn’t afraid to pit her brain against the best virologists in the world. Her persistence helped change some researchers’ minds, and her view is now widely held. But she’s unlikely to be able to return to a normal life any time soon. Read the full story.

+ It’s not just the US. The UK loves Halloween these days too!
+ It’s a good thing that Baby Duck is adorable as well as spooky.
+ The Banshees of Inisherin sounds gloriously bonkers.
+ These recent philosophy books dig into everything from coping strategies to intersectionality.
+ Here’s how real witches are celebrating Halloween.

As more biometric data is collected in schools, parents need to ask these 10 questions

Three-quarters of people over 10 own a mobile phone: UN